Ok, so, this is not the usual post I make – as I doesn’t have anything to do with miniatures.

It focuses on something else, which is also a great part of my life – gaming, and in this particular case it is about Pathfinder: Kingmaker. The game, although probably the most bugged game I ever played, took already couple hundreds of hours from my life.

In basic principle this an old school RPG – based on some updated rules of PnP Dungeons and Dragons 3.5. Those rules were updated in release by Paizo – called Pathfinder.

The story is based on module called Kingmaker, which follows a party’s road to glory and becoming King of an area called Stolen Lands.

Currently, I am doing a Solo Kinetics run – I play with an only single character, the game gets more challenging, but you also become much more powerful.

Ok, after this introduction, a bit more about the build I am going with:

Kineticist combines couple of great things, that make him a really great class for a solo run:

What he lacks is: 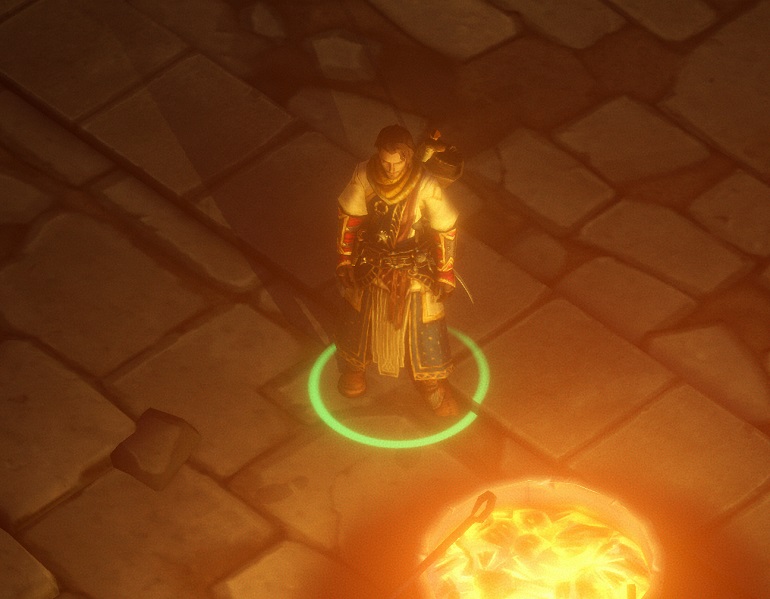 Doing the game solo, is a much different experience – you have to put much more focus on your skills, and plan – you use much more consumables, wands, etc. Early game, you make a lot of choices what to bring with you, how much camping supplies to take, as the weight becomes a factor (even after you get your first bag, you still need to plan).

All in all, I enjoy it greatly.

I went with 11/18/17/14/10/7, with focus on Perception / Persuasion / Trickery. On top of that, put 3 points in Mobility (for Crane Style), in 3 Arcane (for identification). A bit later I took around 11 points in Use Magic Item (to be able to grab some scrolls and use a wand during the troll invasion). I started with Cold, as it gave additional AC and allowed to use Touch AC for attack. In later level, everything went in CON.

Till around level 4, I mostly used Grease and range attack, to get stuff dead. At that point I started to use occasionally the kinetic blade – to not provoke AoO. At level 8 I switched almost completely to KB and added Earth element to increase my DR. Around level 11 you get Wall infusion, will helps tremendously with large number of mobs.

At level 17 the games become trivial – you get the cloud infusion, which I believe is the strongest spell in the game.

The only problem I had, till now, was the Troll King. Even with my AC around 42, he was able to hit me regularly. Needed to reload it couple of times, to get some lucky streak.

I also think Armag, will be an issue. Aside of that, I think this run will be pretty straightforward.

I highly recommend trying it out, the experience is much different and nice!