So, a little late info about a quite recent miniature I painted – Knight of Dol Amroth from Forge World.

The Knight was painted with TMM (True Metal Metallic), in roughly 20-30hours. The miniature was bought during Warhammer Fest. GW’s new LOTR line is, really, one of the best series Citadel release recently. I am now waiting in honest anticipation for Hurin The Tall.

Which hopefully will be available soon! I also considering converting him a bit – to build my own custom Aragorn.

(The photo below, has a bit better colours – as I used a grey background for it) 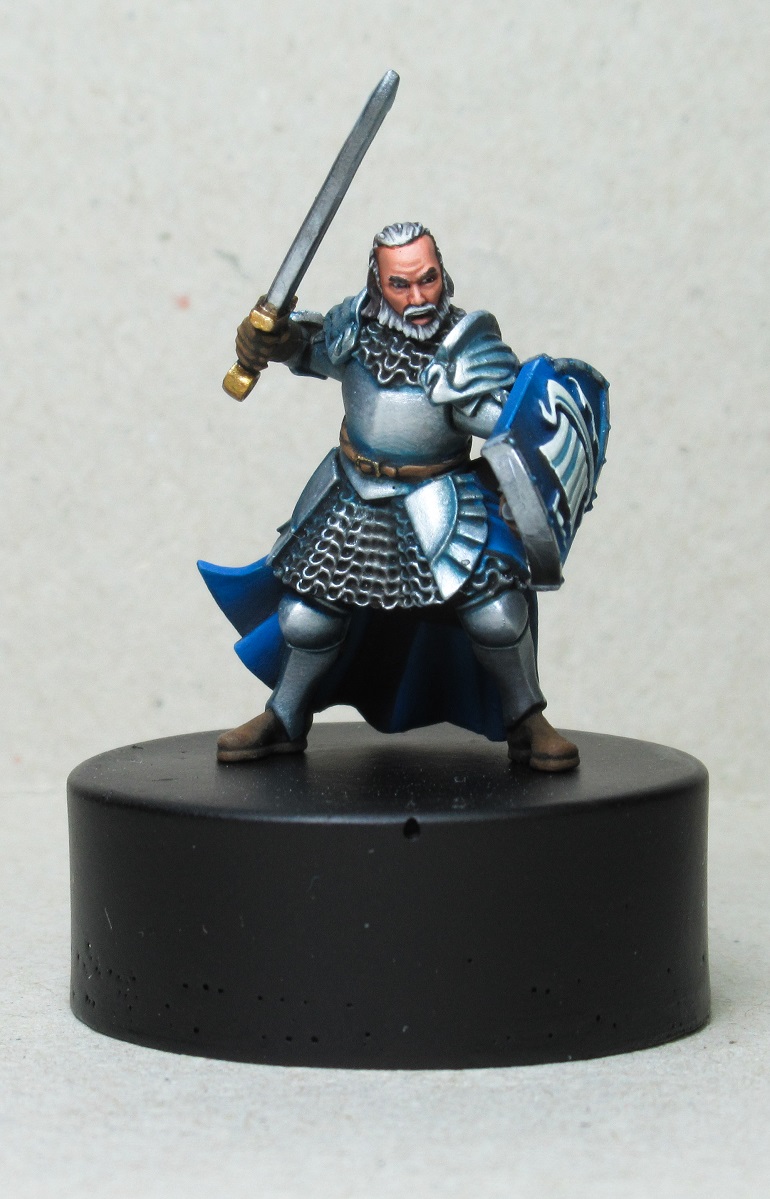 Anyway, I decided to buy the Knight of Dol Amroth set and see for myself, how the kit is done.

To sum up – I love the miniature, I love the set and it was a pleasure to paint.

For this miniature I decided to go with TMM. During Warhammer Fest I spoke with Paweł Makuch (this year Slayer Sword Winner) – you can find his profile here, as well as people from Eavy Metal team and decided to try out painting metallic. Each of them showed me their works and I was astounded how good metallics can look live.

Some time ago I was told to try out the Scale75 metallic – hence I had the paints at home (although un-opened) and was ready to have a go.

What is worth to mention about Scale75 – the paints work really well; first metallic I was actually able to glaze with. Although, in terms of gold colours – I feel, that GW Retributor Gold is better than what Scale75 offers. 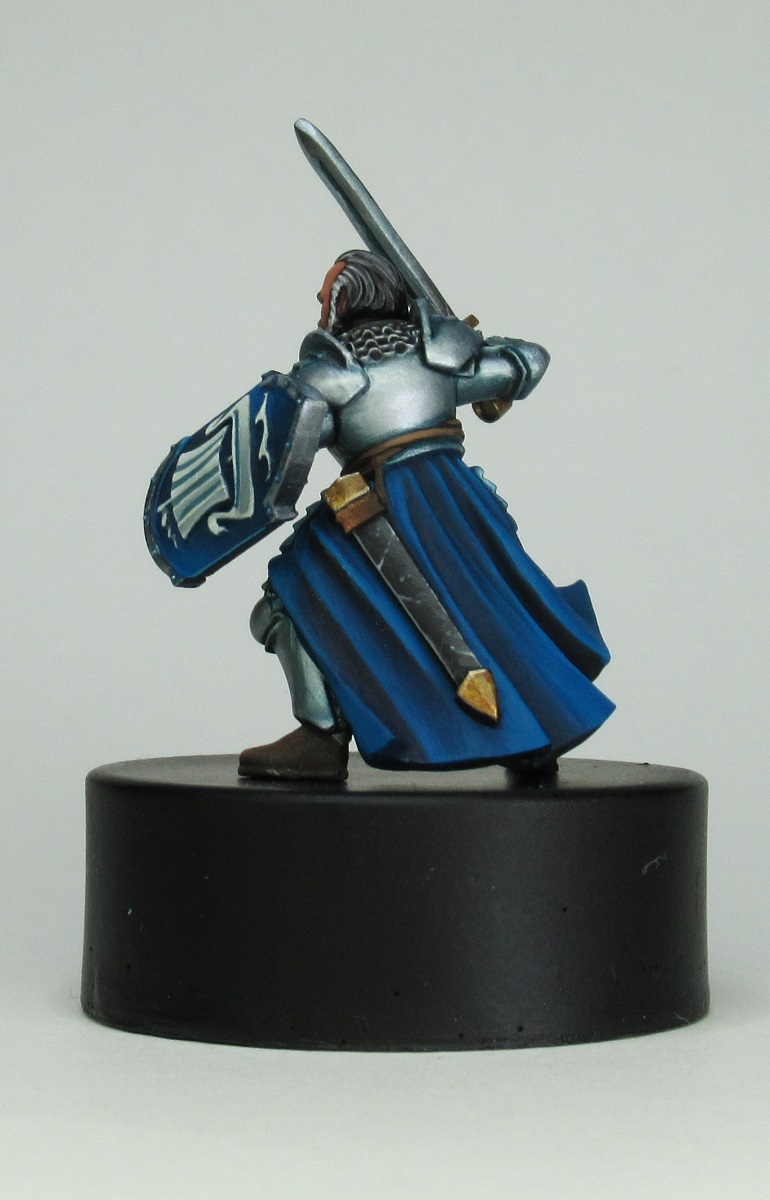 Regarding the specific recipes: 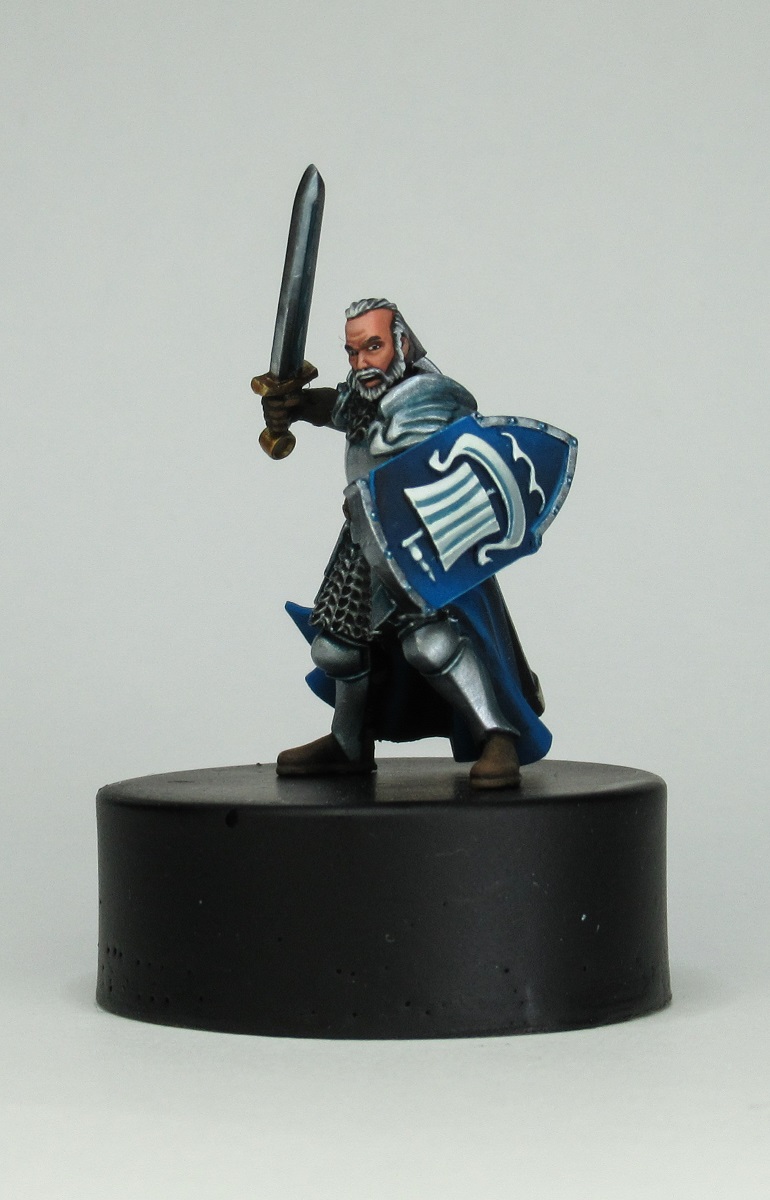 This is exact same method as in Trajann Valoris:

There is a couple of miniatures on my desk now, and I am still not sure, what to paint. I vary between Eisenhorn, Dark Eldar or a Tzeentch Demon prince.