As I finished the Witcher miniature, I couldn’t go back (YET) to the Darkoath Chieftain. Hence, I am trying AGAIN to paint the Imperial Fist Primaris marine.

And guess what, I haven’t had this much pleasure painting a model in months : ) TBH, this is mostly because, I love how the yellow looks! As this is exactly the colour I have been trying to find the perfect mix for. 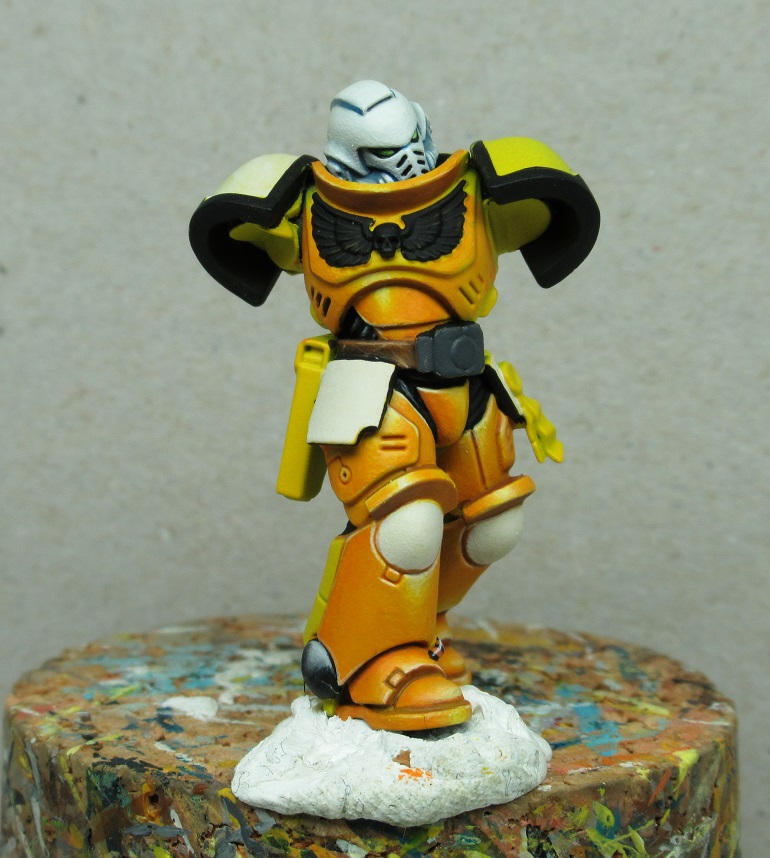 Firstly, the recipe and approach is much different to what I usually do.

So, what I exactly did:

The miniature was airbrushed with Yellow Sol by Scale75. This step can be, and probably should be skipped – as it only makes the process longer and doesn’t have an impact on the paint job.

Each armour element was painted with a mix of: Mars Orange and Yellow Sol (1:5) both by Scale75. Those are very nice for this purpose as Scale75 paints have excellent coverage and are much easier to create a smooth base.

Shades were done adding to the mix more: Mars Orange and Hairy Brown by Coat d’arms.

Still pretty straightforward. The fancy thing what happened is that, after applying some shades (with added a bit of Glaze Medium by Valleyo to increase the drying period), I used a clean brush with a bit of watter to smoothen the transition.

The next step was highlights:

For this stage I used Transparent Yellow by Warcolours and added more and more white. Warcolours are gel based paints, which make glazing with them easier. Thing is, they are no unusable to anything else (at least in my opinion…). A similar effect can be achieved by simply adding more white to Sol Yellow.

Last step – which gave the whole thing this nice golden look. This was actually pretty simple, but you will need one particular paint: Sun Yellow by Coat d’arms (the producer of Golden Yellow from GW in the past). The paint has this very thin consistency, but a lot of pigment (and that awesome golden colour) – I added a bit Mars Orange and simply painted it all over the element I worked on before, including shades and everything.

This ties everything to have this golden, damn, good look.

As for the helmet:

This one is simple, but requires a bit more patience. 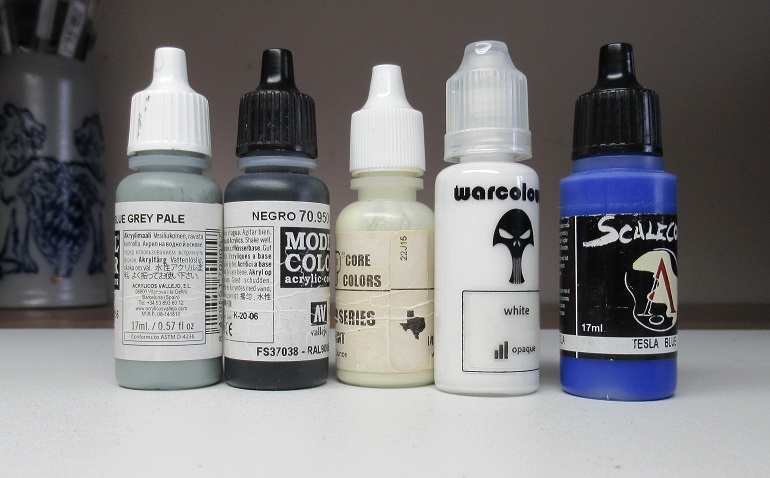