I made some progress on the IFPM.

Firstly, I finished the remaining elements of the armour, bags and holster, before I moved further to the battle damage and iconography.

Edit: Forgot to mention, I did some blue glazes on the white parts of the armour. As well, as redid the blue lines to a more intense colour (Blue 4 – by Warcolours; the paints are meh, but they have some nice colours)

Here is the current progress: 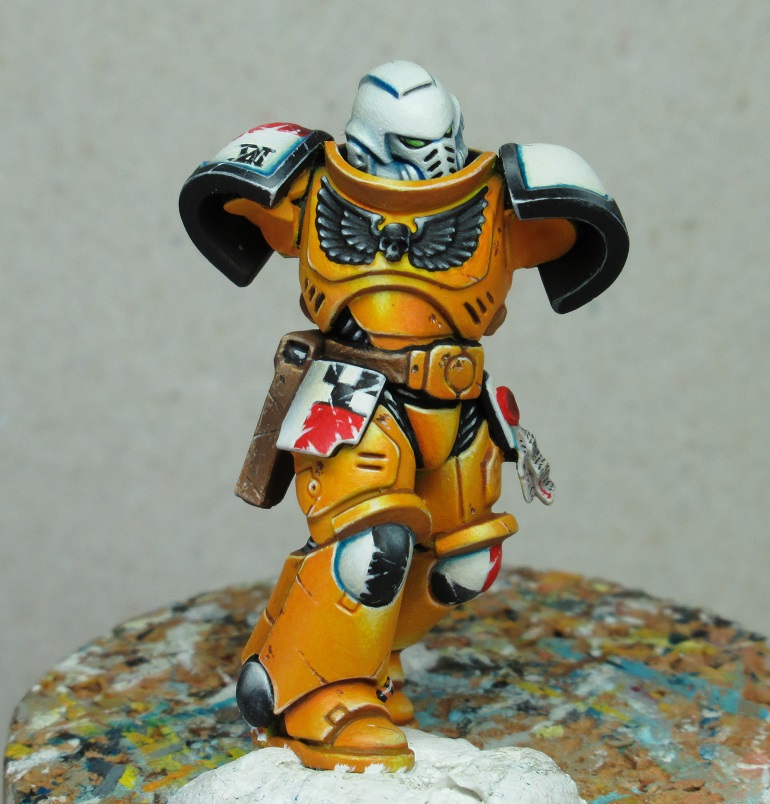 As you can notice, I added much more scratches, dots and dents. This is pretty new to me, hence the effect need much more polishing. But, for the first time, I am kind of happy as this is working out : )

On the wiki page, I found some inspiration for the markings – there is a company called “The Siege Hammers” who uses the V-Shape marking (made here a small mistake – this is the 6th company, not seventh…). Those are tactical squads, hence it seems pretty nice fitting. On top of it, I painted a small Black Templar markings – which was used as a marking for Veterans during the HH (combined with the white helmet).

The red was painted with Antares Red by Scale75. Shades were done by adding Black. Highlights by adding a bit yellow and white 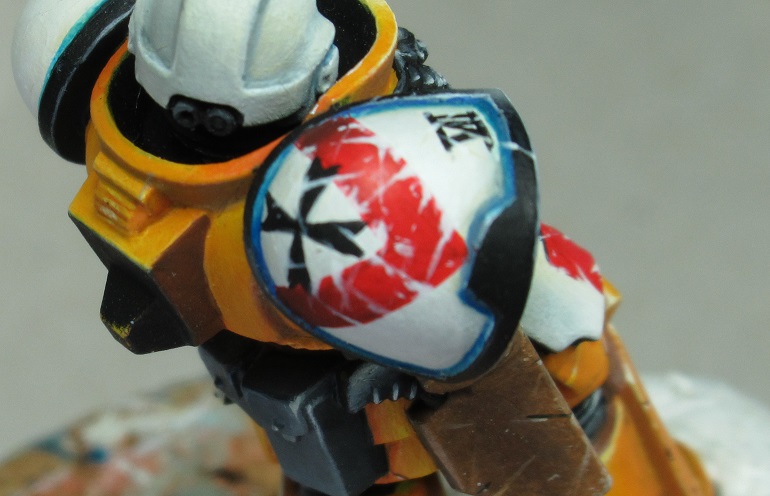 Nothing fancy, but looke pretty nice! 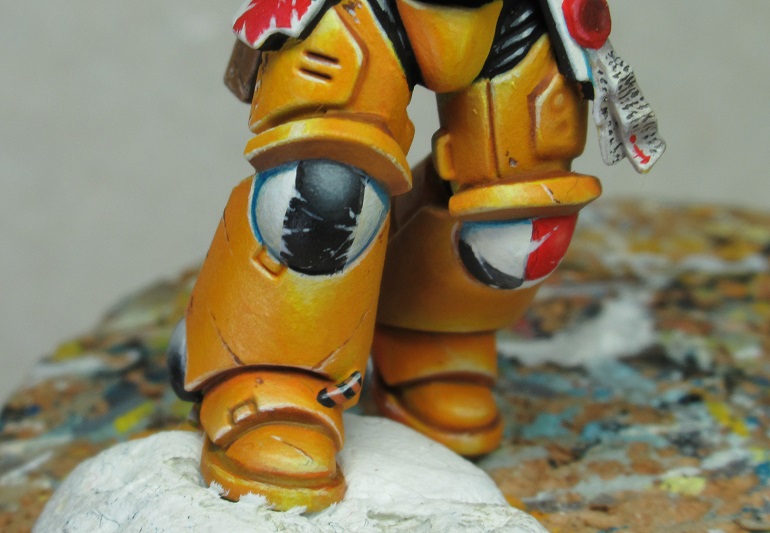 As for the next steps – I want to finish the left shoulderguard today – with a free hand of Imperial Fists icon.

So the shoulder pad and the main body of the marine are ready! 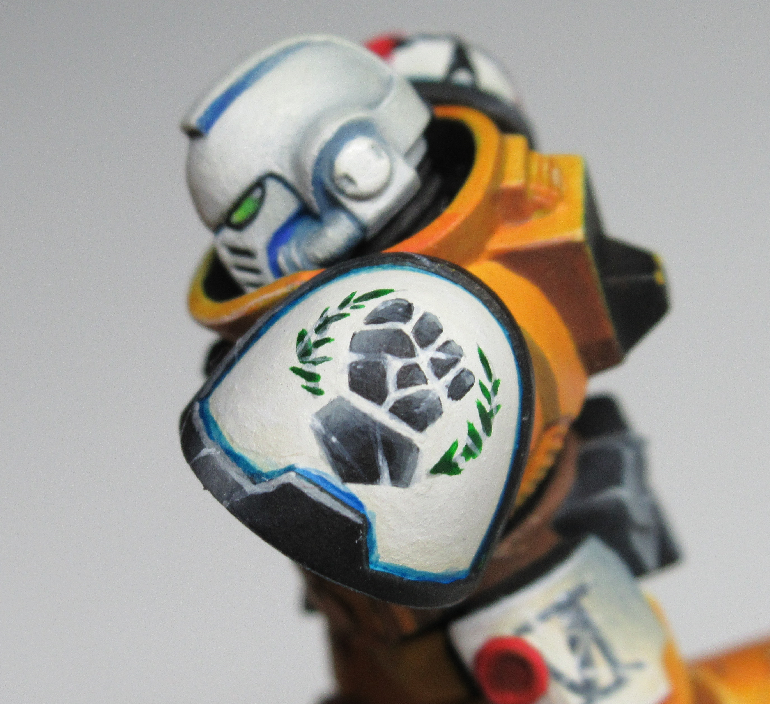 After that, I will start working on the bolter : )