So, this week I finished my Gondor Warden miniature, which I planned to take to GD, as I simply adore the model. Problem is, that the final piece – despite numerous hours spent on it, is not really worth taking into competition.

But let me explain in detail and tell you a bit more about the process. 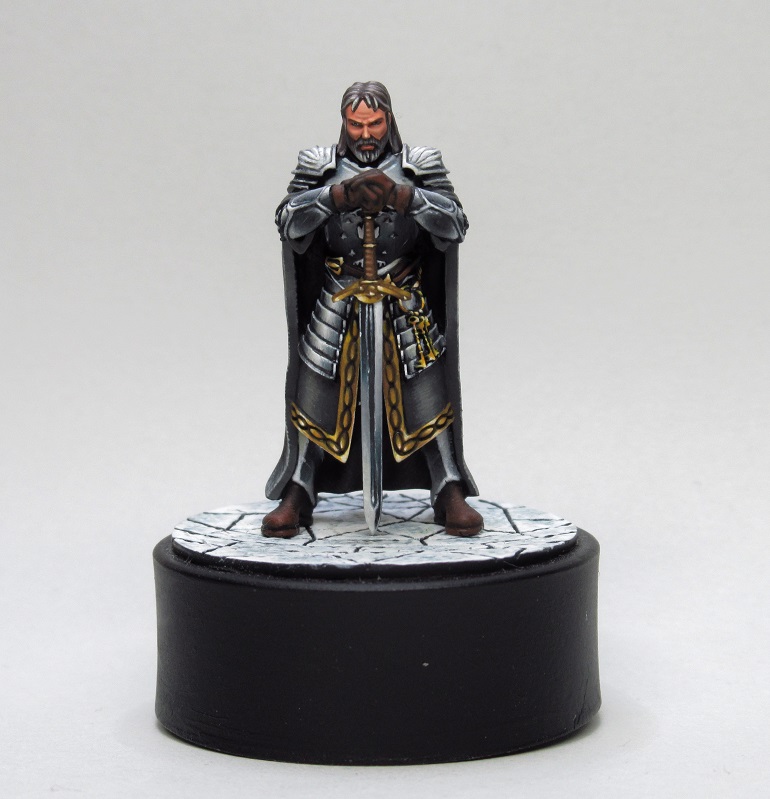 I wanted to paint this in NMM – which I am still quite frankly struggling with. The biggest problem I have is light placement and how bright it should be. I went through a number of tutorials and workshops about this, but still I don’t feel confident with my work.

I planned the miniature carefully, starting with taking few pictures and painting the light points in paintbrush. After that I did some online consulting and asked around about people’s suggestion and what do they think about this. Moreover, I wanted to limit the palette significantly to have good consistence of the tone for the whole model. 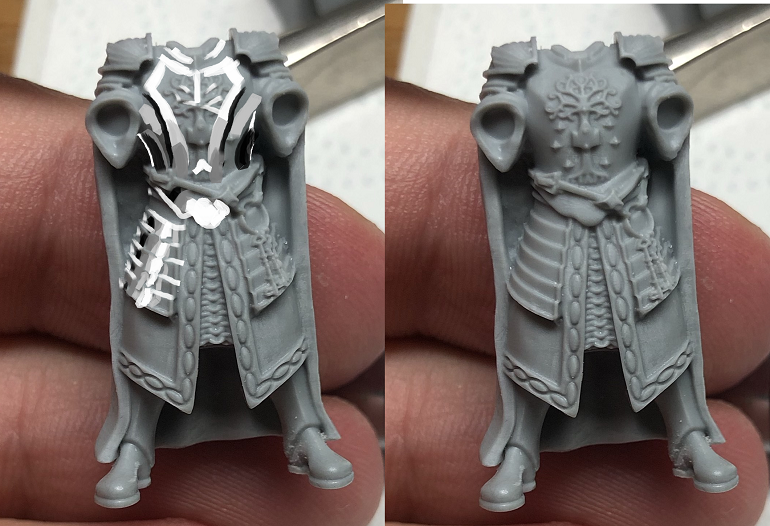 The main paints I decided to go with:

Ceramite White by GW; Black by Scale75, Yellowed Bone from Reaper and Antarctic Blue by Scale75.

There are elements of the model I painted with some other colors (mostly Dubai brown by Scale 75 and Yellowed Sol), but those are for additional contrast. Aside of that, I used a similar palette on the base to make everything consistent and in same tone.

The first thing I did was to paint the face (which I actually painted 5 times in a row, as I really wasn’t satisfied with how it looked and washed the paint). This took a tremendous amount of time (as the miniature is much smaller than what I am accustomed to work with), but the final effect is nice, and I really like it.

The paints I used:

The miniature, got a black basecoat and I started with the leg armour. The whole NMM set up I used, is based on transitions between Ceramite White and Black.

I am really proud of the cloak. 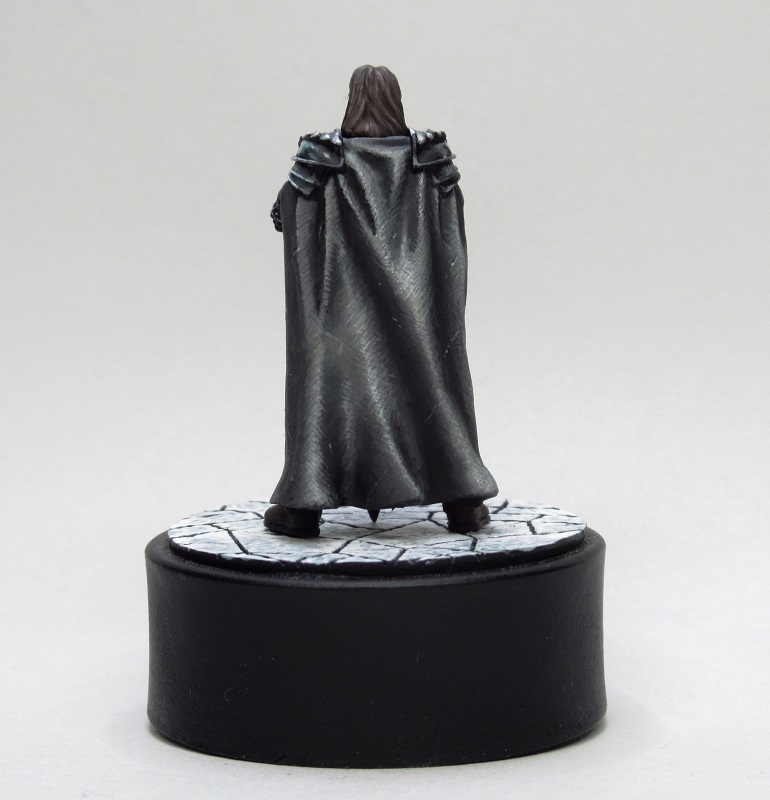 The approach here was pretty simple – I used Black to Yellowed Bone transitions and added on top of that, a tremendous amount of patterns and scratches, building up transition and a nice, weathered and used look.

I think this looks much nicer, than if I would have used, just smooth transitions.

You can also see, that the pauldrons lack the quality, as other elements of the model on the picture above. This was the biggest problem I had with this model, I simply couldn’t paint that element well enough and place the light correctly.

The reason is, I think, that the element was a bit too small for me – it was really hard to put all those transitions on this lumpy pauldron. 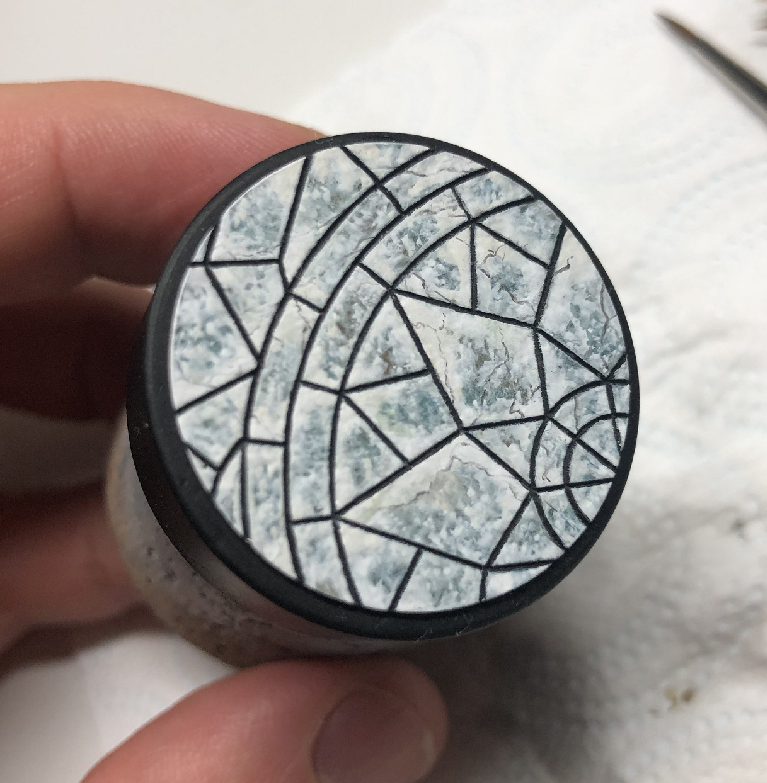 This the second iteration of the base – the first one, had some leaves on it, but in general it didn’t work well with the rest of the model. You can find it here: https://imgur.com/JtAl8QK

The colours used here are pretty much the same as on the rest of the model.

The miniature, although I put a lot of heart into is not suitable for competition, as I made some significant mistakes (mostly on pauldrons and breastplate) which at this point I feel I cannot make better. I really dislike the elements that went bad and, after I tried to correct those things couple of times I clearly unable to paint them properly.

I need to rethink what I want to go with to Golden Demon – last year, I tried to paint something last minute and frankly that didn’t go well (that particular model didn’t even make first cut…even tho I am pretty happy with it). Perhaps the new model of Legolas. At this point, seeing what other painters are preparing for GD I am quite sure, the competition level in the main categories (single models for AoS and W40k) will be unbelievably high, hence I need to find a suitable niche.