Before I start – I had some problems with taking pictures of this model (it is pretty dark, and the tones really not flew well with my camera), hence honestly speaking the transitions on the photo seem better than in actual life.

Today I finished a two-day painting workshop, organized by Redav

Which I found through facebook. During the workshop we painted this lady. Krzysztof actually posted a very great tutorial on this model here (which also goes through most of stuff we did through the training).

I wanted to participate in this, as firstly I really appreciate Redav’s work and because this kind of interactions provide a huge boost to development of my skills. At some point, getting someone to evaluate my work, as well as share his knowledge, let’s me go over I wall I got stuck on. It also gives a lot of motivation! 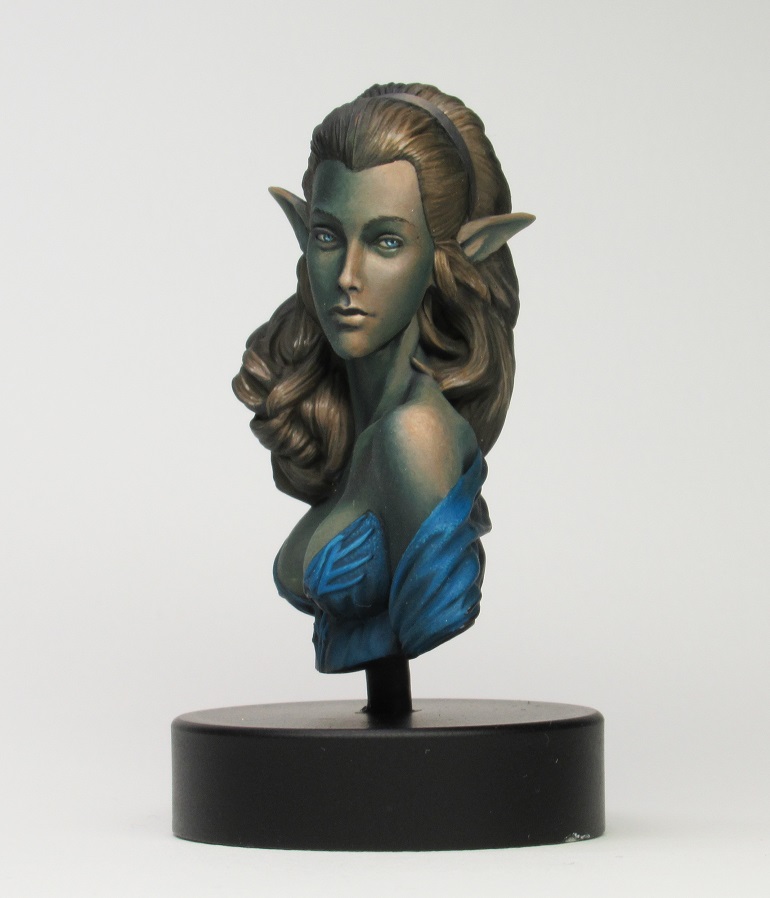 The main focus of the workshop was to learn, about painting skin tone, as well as colour and light theory.

As of this, this model was:

The workshop was extremely informative – I did learn a lot and met a number of great people. What I did not expect was, how tired I will be after it : P

(The next photo was edited a bit, to showcase general light placement) 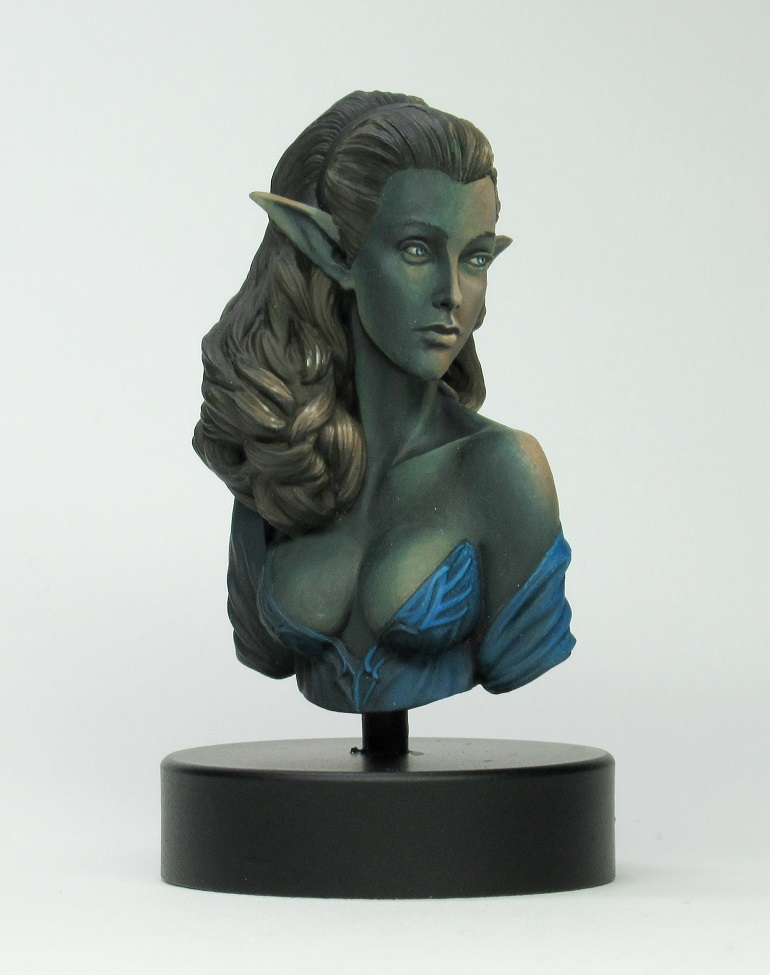 To get to the point.

As mentioned above everything was painted with 5 colours, which were:

The model had black undercoat. Grey paint was painted by airbrush from the left side of the model. I started with a sketch of highlights placement – trying to evaluate how the light would behave on this model.

There is tons of re-work, re-placement, corrections done durning this stage. About 70% of my time was focused on the skin.

I am geeting back to my Custodes General : P