Recently I have been working on Darkoath Chieftain (clicky!) miniature from the silver tower set.

The mini is really nice – he has this cynic smirk on his face and doesn’t look as a dumb barbarian, but rather as an evil chaotic tribe boss which focuses his day on exercises and plotting.

Furthermore, I am extremely keen on Warhammer Quest – haven’t had the chance to play the original game (although I have some old miniatures from it), but spent around 50-60 hours playing the iPad version (a sequel is in development!). As for the miniatures from the set – I like the Ogroid, the Cultists and Demons, but aside of the Chieftain, the heroes’ were kind of a let-down for me. To be honest, what I would love is just a simple remake, with newer versions of the old miniatures, rather the AoS line… 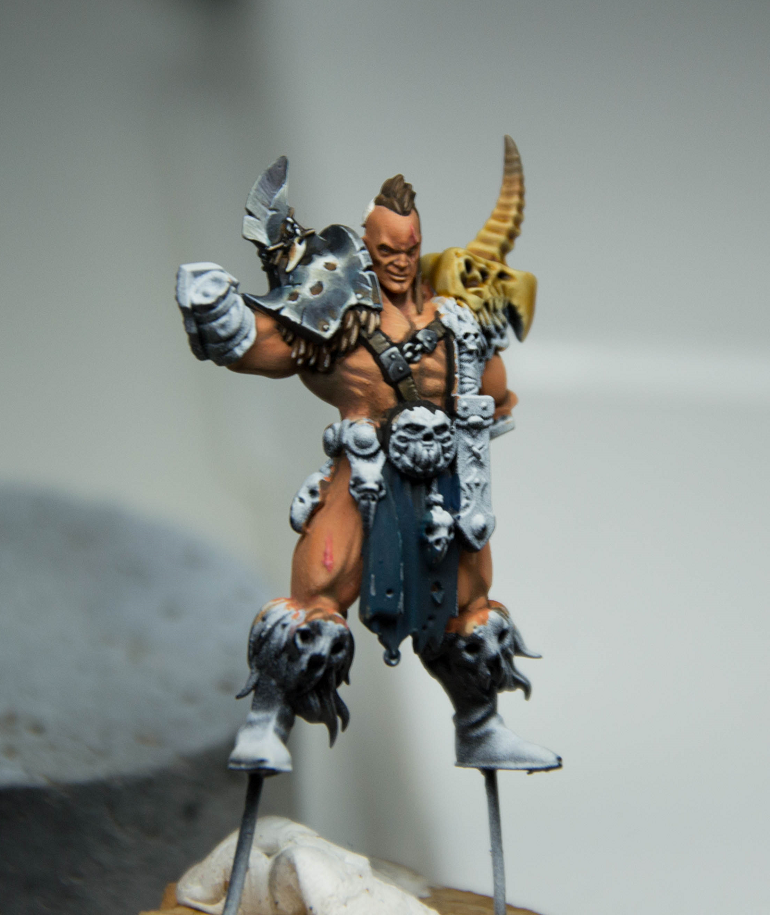 Aaaanyway I believe I know THE perfect mix for tanned flesh.

Base: Pink Flesh and Mars Orange – both from Scale75, different proportions, although depending if you want more tan or less, just add Mars Orange. Although I wouldn’t go over 1:1, as I think this could make the colour too orange…

Shade: Base plus Dubai Brown – to an almost pure Dubai Brown. At that point, I added some Black. A bit Antares Red here and there to give the skin a more natural look.

(I just noticed I stopped almost completely using GW paints, which is a shame as their older line was almost perfect)

I planned to do a step by step tutorial for painting faces and skin. Problem with is that:

I usually start with the base paint on the whole area – then work on the shades – slowly building up to the darkest colour I use. Afterwards, I apply highlights, from those I slowly move back to the base colour.
Then I get back to dark to smoothen the transition between the shades and base. And I repeat the process with the highlights
It is a bit chaotic, but allows me to build up the paintjob to point I like the effectOne thing, this kind of approach assumes you have mid-tones, as those smoothen the transition.

This doesn’t work at all with extreme colour changes (like black to white). 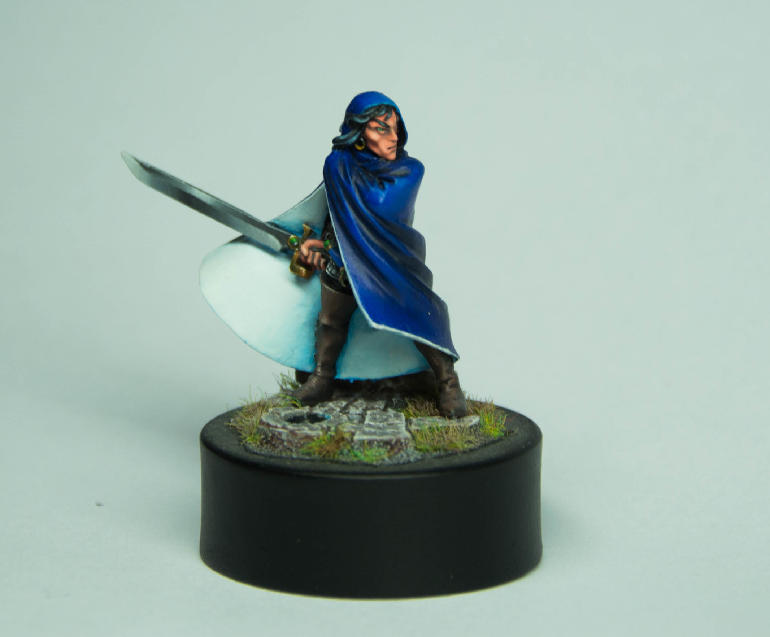 Last thing, when I was a kid, when painting anything, I liked to add a story to the miniature. Usually, when it was a character with lore – I simply imagined in line with their history or a particular situation. When the miniature had no past I usually set up a full story, sometimes including their origin. It helped me focus and get that nice peace of mind what really helped me to relax.

My all favourite setting was Mordheim – it had that awesome mix of fantasy and post-apocalyptic setting which I don’t recall from anything else. I never played the game – but its history and characters were one of my favourite things about Warhammer.

(moreover, I painted like 6 versions of Aenur – which was a miniature added to White Dwarf when GW release Mordheim)

I stopped this years ago, but with this miniature I wanted to have a story. I will write this down, when I finish it : )